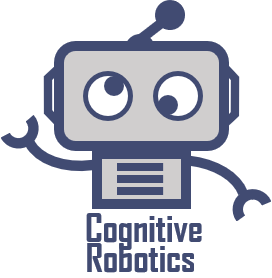 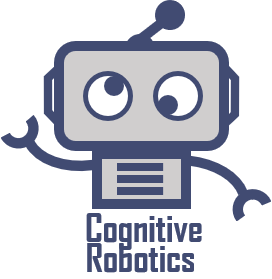 This project explores fostering perspective taking in child-robot interaction scenarios. In this study, we outline the design of a game with Cozmo robot and spatial perspective taking elements. Our task has been inspired by remote controlled cars and mental self rotation ability involved in spatial perspective taking tasks. The game is composed of children guiding the Cozmo robot through a maze using control buttons which requires taking the robot’s perspective to succeed in the game.
We tested our game in a between subject study design (with or without video condition) with 22 children from third and fourth grade. Each child answered to three sets of pre and post test questions and played two games with Cozmo. Our analyses shows that children made more mistakes in the first game compared to the second game, made more mistakes as the angular disparity between theirs and the robot’s perspective increased, and performed better in one of the post-tests compared to its respective pretest.

To explore perspective taking in child-robot interaction scenarios two fundamental aspects should be considered. The first aspect relates to the fact that children must be in a developmental stage where they are still learning; the second aspect is that the robot needs itself to demonstrate appropriate perspective taking behavior in order to facilitate the interaction. For this purpose, we have developed a gamified task which requires the players to understand each other’s perspective to successfully execute the task. The goal is to observe the perspective that children take to instruct the robot in the context of moving objects in the game. We looked if children are taking their own point of view, eg. egocentric perspective or the robot’s point of view, eg. addressee-centric perspective. Children played a practice round where they were always the instructor, and four sessions of the game, twice being the instructor and twice the manipulator.
We observed that the majority of children selected the egocentric perspective for their first instruction. However, after noticing the robot’s incorrect execution of the move, they either switched to addressee-centric or explicit egocentric instructions.
We also observed that 50\% of children who successfully solved the game in the first session (as instructor), did not transfer their knowledge of the robot’s egocentric perspective to the second session (as manipulator). However, they updated their model quickly after not reaching the goal.

The CoReader platform supports the collaborative reading of stories between a child and a robot. We use a learning by teaching scenario in which the robot has a similar or lower reading level compared to children, and needs help and extra practice to develop its reading skills. The interaction is structured with robot reading to the child and sometimes making mistakes as the robot is considered to be in the learning phase. Child corrects the robot by giving it instant feedback. To understand what kind of behavior can be more constructive to the interaction especially in helping the child, we evaluated the effect of a deictic gesture, namely pointing on the child’s ability to find reading mistakes made by the robot.